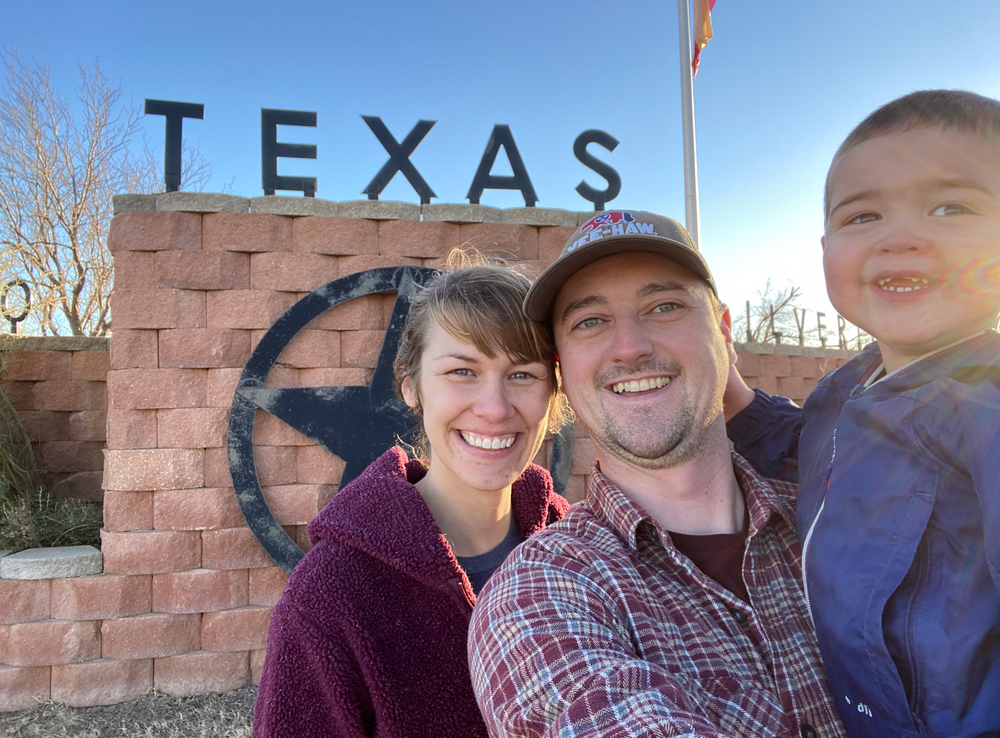 There isn't much to do before hitting the road since we stayed hitched up last night. I just dropped the electric tongue jack to relieve the weight on the truck hitch.

We're headed to Silverton, TX. Tonight's site is a free campsite with water. The electrical hookup boxes were locked but we would not have used it anyways because of our solar setup.

The site was a municipal park in the middle of some houses in the small town. It had a great playground for Owen to run and play on. He had a blast.

It is winter in the Northern Hemisphere. I don't know exactly what I expected for Texas for this time of year but I assumed it would be a bit warmer. Mid day isn't bad, usually 50's but the night was a bit chilly, down onto the low 30's.

The drive out of Oklahoma was great, smooth sailing, when we got into Texas, we started getting glimpses of some awesome terrain - and it only got better.

Open vast spaces, as far as the eye can see. I think the last time I could see that far was the last flight I took.

We started into some rolling hills and could start to see some large vertical land masses in the distance. Perhaps mountains, not sure if that's what they're officially called but they looked like tabletops. Sweet! It'd be cool to go check those out.

The road turned, continued its ups and downs and soon we were pointed straight at the tabletops. As we got nearer it became clear, we will soon be going into them.

The drive got more and more visually interesting. Lots of cows. Still crazy vastness of land and then we hit the base.

The drive up yielded popping ears, lowered gas mileage, and mouths agape. Ellie snapped tons of photos as we twisted and turned up and on and through this lifting terrain. The top offered a pull off spot to stretch your legs, catch your breath, and take in the view, which we definitely did.

The drive from that point into Silverton was a straight, fairly flat road for maybe 30 miles to our site. This crazy steep and beautiful climb through rugged terrain and then back to just flat openness & fences & fences & fences of cows. Oh, and cotton.

The cotton had been harvested by the time we were driving through and some side of the road sections looked as if 40 sheeps had floofed everywhere.

We saw lots of that stuck on fences and blowing across fields and even the cliche western scene, across the road.

We even saw an entire dead shrub flipping end-over-end down the side of the road. It was the size of a car!