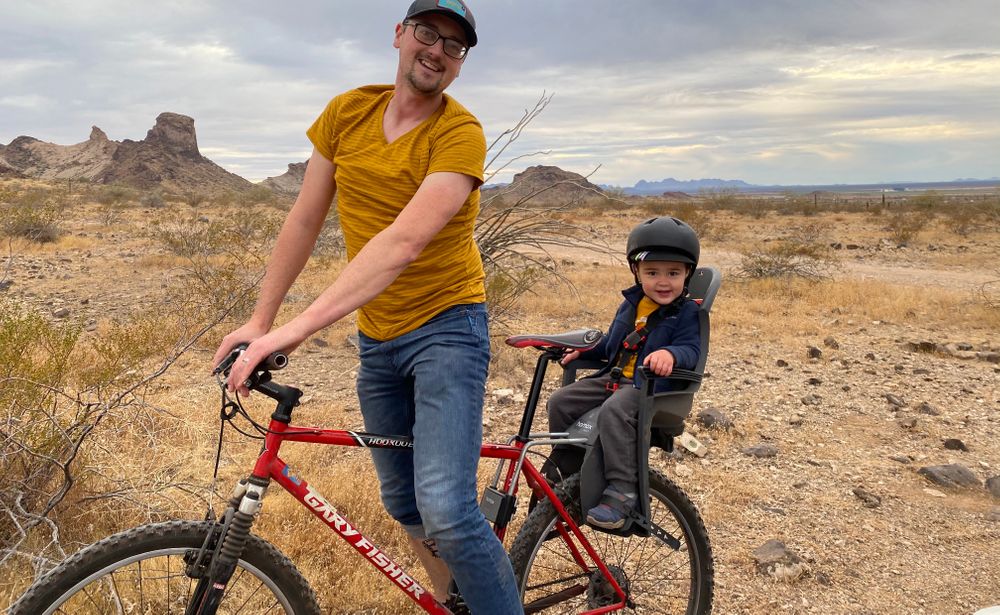 We have a seat on the back of my bike that Owen loves to ride in for bike rides. While we were at our campsite he wanted to join me on a ride into the desert to look for the wild burrows.

We mounted up and I started to set off away from camp. I quickly realized we didn’t have any of the things I usually carry when heading out on two wheels. We had no water, spare tubes, or tools in case we got a flat. I shrugged it off and thought, it won’t be that far and we’ll be alright (because we usually are).

We took the dirt and gravel roads north until we met up with the Maricopa and Black Canyon trail. It was a great ride. We didn’t see any animals but enjoyed the plant life and views along the way.

We were about two miles from camp and I was getting close to turning around. Suddenly, I was feeling our rear end get a bit squirrelly. I paused, planted my feet on the ground and looked back there. The tire was as flat as it could be. It happened instantly. We must’ve run over a cactus thorn or something similar.

I now had a toddler that wouldn’t happily walk back that far, nor stay on the trail, which may have cactus thorns on or along it, no water, or way to fix our flat. I’m not saying at all that our situation was dire but I could see how things could quickly go south if you don’t make good decisions and handle things appropriately. Luckily, I had my phone and cell reception. I put together a plan and called Ellie.

“Owen and I got a flat and we’re going to have to walk back. I’m going to keep him in his bike seat and push the bike. Can you please put some water in the truck and make sure his backpack is in the truck bed and then drive to the trail start? Then bring a water bottle and the backpack and we’ll meet you on the trail.”

Ellie set into motion while Owen and I continued walking back. He ended up wanting to walk so I let him out, which made pushing the flat tired bike much easier.

Ellie parked and made her way over to us. We met up and she hoisted Owen into the backpack and then up onto her shoulders and carried him out.

We got back to the truck and loaded everything up.

I later took the tire off and brought it to a nearby bike shop for a new tube and picked up a spare. When I went to put the rear tire back on the bike, I noticed the front had gone flat. That incident had punctured both tires but the front only has a small leak. I still need to replace or patch that tube.

All in all, it was a fun adventure with a little twist tossed on top. The outcome was great but I can see how it could have potentially gone south.

It was a good reminder that even for little outings, preparedness for the situation, keeping a cool head, and putting together a plan when things don’t work out can be very helpful.

Going forward, I’ll ensure to always have the spare parts on hand, water available, and anything else needed for the situation or environment we’re adventuring in. Even if it is just a quick ride. 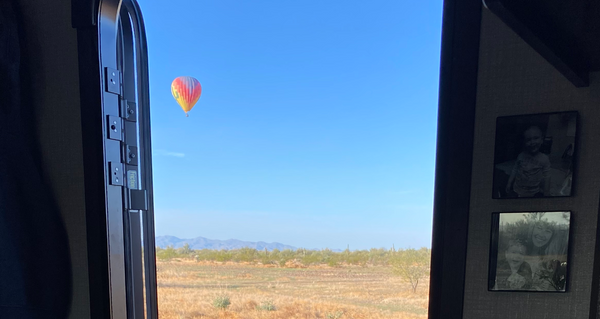 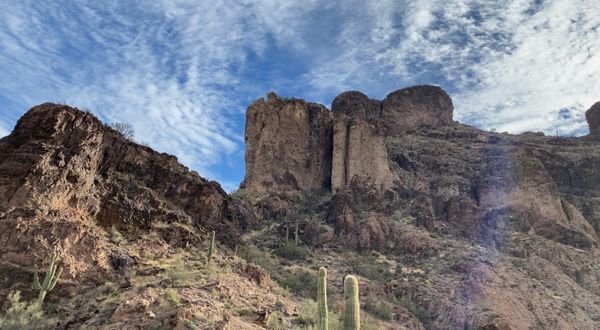